Alzheimer’s and Brain Awareness Month is dedicated to raising awareness about cognitive health and disease.

This month-long observance is headed by the Alzheimer’s Association, which promotes events, workshops, and other initiatives around the country to educate the public and support those living with cognitive decline.

In addition, Alzheimer’s and Brain Awareness Month honors caregivers and the work they do to improve their loved ones’ lives.

Alzheimer’s statistics at a glance:

So throughout Alzheimer’s and Brain Awareness Month, educate yourself about these diseases and the many ways to support a healthy brain.

What Is Alzheimer’s Disease?

Alzheimer’s is a form of dementia that destroys the brain’s nerve cells and tissues. This devastating disease can cause memory loss, diminished cognition, and the inability to plan. Sadly, it can also render the patient unable to speak, recognize loved ones, control their behaviors, or take care of themselves.

Statistics from the Alzheimer’s Association show that 60% to 80% of dementia patients have Alzheimer’s. This condition is often diagnosed in seniors 65 and older. If it is identified earlier, it is known as early-onset Alzheimer’s.

Unfortunately, there isn’t a cure for Alzheimer’s, though several treatments can delay its progression. The effectiveness of these treatments varies, as Alzheimer’s affects everyone differently, and some cases could be more aggressive than others.

What Is The Difference Between Dementia And Alzheimer’s?

Many people use Alzheimer’s and dementia synonymously, though they are two different diseases.

Alzheimer’s is a form of dementia, an umbrella term for cognitive conditions that affect memory loss. Besides Alzheimer’s, other types of dementia include:

Researchers still don’t know what causes Alzheimer’s disease. However, they have found several risk factors, including:

Don’t panic if one or more of these applies to you. You may have a higher chance of developing Alzheimer’s, but it doesn’t guarantee that it will happen. Instead, we suggest discussing your concerns with your physician to learn about your risk.

It’s normal to forget someone’s name or to pay a bill every once in a while. However, these things consistently happen for people with dementia. Moreover, these symptoms gradually become worse as the disease progresses.

Memory loss is one of the most telling signs, but there are many other symptoms of Alzheimer’s, such as:

Symptoms vary depending on how advanced the disease is.

What Are The Stages Of Alzheimer’s?

Because Alzheimer’s is a progressive condition, the effects slowly worsen as it advances to new stages, which include:

Each stage requires more help from a caregiver. Therefore, family caregivers should find resources and build a support system to better manage their own care as their loved one’s.

How Is Alzheimer’s Diagnosed?

Doctors can only conclusively diagnose Alzheimer’s by studying a patient’s brain tissue after their death. But of course, health professionals can utilize other tests to determine the person’s mental abilities and reach a diagnosis.

Doctors generally begin with a medical history assessment that includes questions about:

After that, the doctor will perform a series of tests to reach a diagnosis. These include: 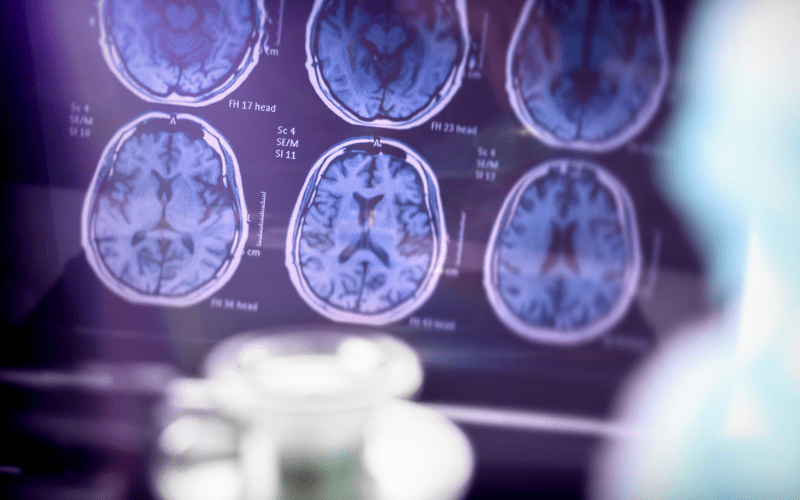 Sadly, there is no cure for Alzheimer’s, although several treatments can minimize the symptoms and slow the disease’s progression.

The type of treatment your loved one’s doctor prescribes will depend on the severity of the disease.

Your loved one’s doctor may suggest depression and anxiety medications as well. Some doctors also prescribe antipsychotics to ease other symptoms, such as:

Your loved one’s doctor may recommend several lifestyle changes to help your loved one better manage their disease. Doctors usually work with patients to form strategies to improve:

Unfortunately, nothing can prevent Alzheimer’s disease. As the Alzheimer’s Association states, “Everyone who has a brain is at risk to develop Alzheimer’s, the only leading cause of death that cannot be prevented, cured or even slowed.”

But, a growing body of research has found a link between healthy lifestyles and lower rates of dementia and Alzheimer’s. While not definitive, the following may reduce your risk:

Before you make any significant lifestyle adjustments, make sure to discuss them with your doctor.

If your parent or loved one is diagnosed with Alzheimer’s, you may decide to take on the role of the family caregiver. This might be a choice, or you may have no other option. Either way, supporting a loved one with this disease can quickly become a full-time responsibility.

Having a loved one with Alzheimer’s is hard enough, but caring for them is even more difficult. For this reason, it’s imperative that you find ways to care for yourself and maintain your wellbeing, which includes:

Of course, there are other ways to practice self-care, but the point is that when you care for yourself, you can better care for your loved one.

As your parent’s condition progresses, you may want to consider hiring a professional caregiver. A paid caregiver can provide specialized care that you cannot.

Alzheimer’s is a devastating, complex disease that we still know very little about. There is no cure or preventable treatment, though some medications and lifestyle changes can slow its progression.

Alzheimer’s and Brain Awareness Month is the perfect time to learn about cognitive decline and find ways to support those with this disease.

If you suspect that your loved one has Alzheimer’s or dementia, contact their doctor right away. They can determine your parent’s health, offer a strategy to manage the symptoms, and help you find a support network.

If you are a family caregiver in need of respite care or additional support, we can help. Call us today at 1-888-541-1136 and ask about our hiring process. We’ll match your loved one with the right caregiver so they can maintain their quality of life.

For more resources, check out the blog.