What Is The Credit For Caring Act?

While there are many benefits of caregiving, it’s no secret that family caregivers face unique challenges. However, the Credit for Caring Act could alleviate caregiver role strain and help many financially.

On May 18th, a bipartisan coalition reintroduced the Credit for Caring Act. If approved, an estimated 48 million unpaid caregivers would receive critical financial support in the form of federal tax credits.

According to Nancy LeaMond, AARP’s executive vice president and chief advocacy and engagement officer, “America’s nearly 48 million family caregivers are the unrecognized backbone of the long-term care system. Family caregiving can be overwhelming, exhausting and a major financial challenge.”

“Family caregivers are the backbone of the long-term care system in this country, and they need help,” LeaMond continued. “Many are struggling to balance their care responsibilities with paid employment. And, they’re dipping into their own pockets to cover the related expenses for their loved ones. By providing a tax credit to eligible family caregivers, Congress can offer some much-needed financial relief to these hard-working Americans.”

The Credit for Caring Act has gained traction among organizations including the Alzheimer’s Association, National Association of Area Agencies on Aging, Elizabeth Dole Foundation, AARP, and more.

Often, when caregivers can no longer balance their role with other responsibilities, they must reduce their hours or leave their job altogether — further exacerbating their financial burden.

According to the AARP’s Family Caregiving and Out-of-Pocket Costs study, the average family caregiver spends approximately $7,000 (or 20% of their personal income) on out-of-pocket caregiving expenses. This rate is significantly more for long-distance caregivers.

Under the Credit For Caring Act, qualifying caregivers would receive a 30% tax credit (or up to $5,000) to cover miscellaneous expenses greater than $2,000. This benefit would go a long way to cover caregiving costs such as:

Not only would the bill support family caregivers financially, but a recent AARP analysis also found that it would also spur strong economic growth. According to the study, the US GDP could grow by $1.7 trillion (5.5%) by 2030 if caregivers 50 and older received more workplace support. By 2050, experts predict that number to increase to $4.1 trillion.

On March 26, 2021, Deb Whitman, AARP executive vice president, and chief public policy officer, told Forbes magazine about the findings, “Looking at the people who are taking care of somebody, many of them either have to reduce their hours [at work], they may get passed over for a promotion, or they leave the workforce entirely. If we could stop that [from happening], our economy would grow.” 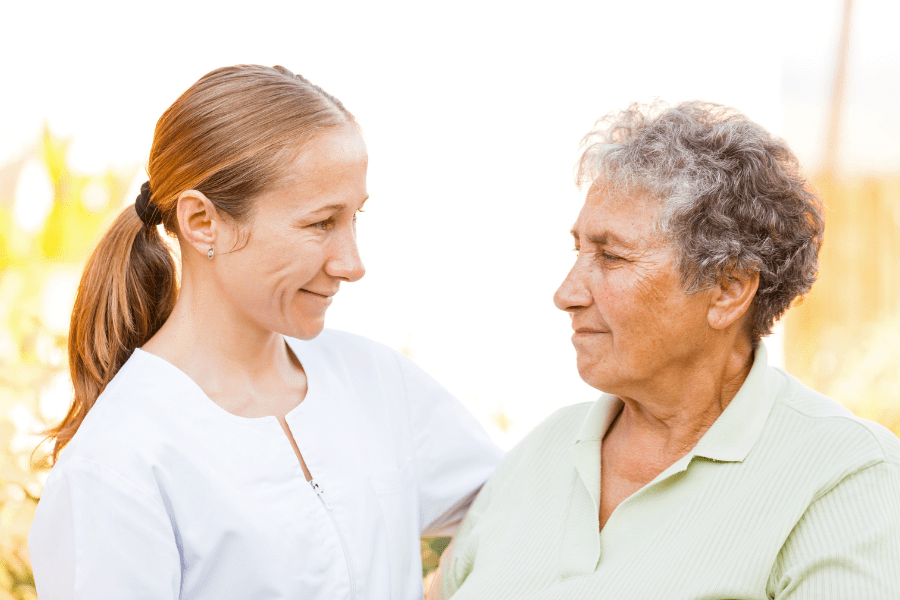 If the Credit for Caring Act passes, you could receive up to $5,000 in federal tax credits to offset caregiving expenses. To show your support, contact your state representative.

If your parent needs assistance with activities of daily living, or you need respite care, we can help. Call 1-888-541-1136 or contact us online for more information.

Visit our blog for more resources for family caregivers and seniors.